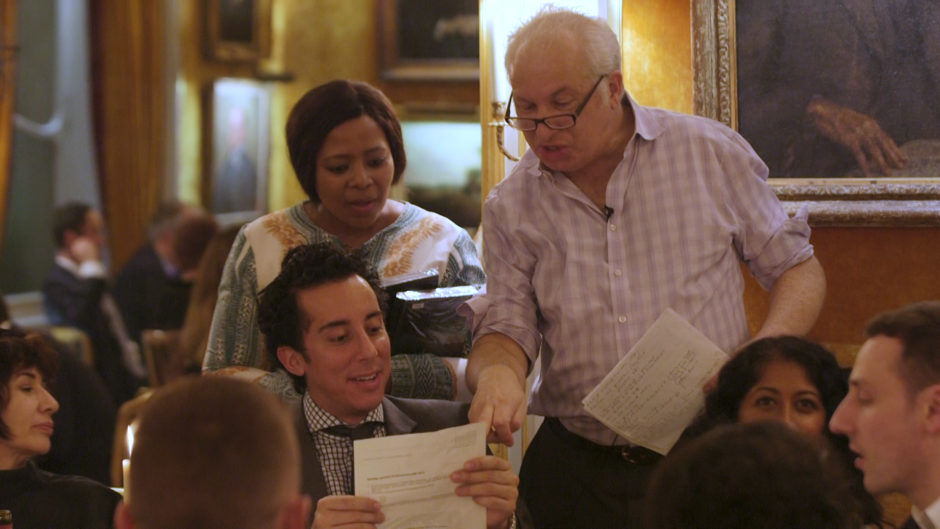 I don’t agree with all the rules at my club but there is one unspoken rule that I agree with very much. Polite eavesdropping is encouraged. And why not? Why sit in close proximity to others while staring at your shoes? Behavioural trends are often governed by perceived decorum but obsequiously following the rules does nobody any favours.

One fellow who decidedly goes his own way is Grayson Perry, a brilliant polymath who also happens to like wearing a frock. He is a Turner Prize winner, Reith lecturer and author of a very pithy, thoughtful book, entitled The Descent of Man, which I highly recommend. He is a man unafraid to speak as he finds but it is his powers of observation that are second to none.

If you are a businessman, your antennae should be permanently attuned to opportunity. I find airlines are often fertile ground for unexpected conversations, although my recent trip from NYC to London yielded nothing of interest, aside from a spectacularly effeminate flight attendant who made Grayson Perry in a dress look positively butch.

First class is ridiculously overpriced on aeroplanes. Your vanity might insist you turn left rather than right when you board for the dubious privilege of a tablecloth or foot massage, secreted away in your pod, but I will let you in on a little secret. You can pay five times the asking price of coach but you don’t leave any earlier and there is no more or less turbulence.

Flights are a bit like pregnancy. You might endure some discomfort but they are finite. You know when they are going to end. I would far rather pay a modest sum in economy to reach my destination and thus spend more money on a comfortable apartment at the other end. The only downside is that your captive audience on the plane might make you yearn for premature release.

However, when you next lie down on your sunbed at the pool or prop up the hotel bar, please remember there is rarely a perfect moment to strike up a conversation. Nobody rings a bell to signify it! We all need to practice our powers of observation, whether we pick up on accents, table manners, reading material or whatever.

Some of my friends and associates travel quite frequently for business. I am rarely interested in the minutiae of their meetings but much more intrigued as to how they spent time otherwise, if they had a spare hour or two. Who went to the museum or the zoo or who simply sat at a pavement cafe watching the world go by? Who was engaged by the world beyond with all its rich flavours?

Recently, I hosted an OFFLINE dinner for 30. Only 8 had attended before, 10 I had met but once or twice while a further 12 were quite unknown to me. When I am asked by prospective guests who else is attending, I sense they will not make the grade. Serendipity and randomness should be celebrated, not cast as long shadows over the certainty of your life.

Far too many people, both in the business world and elsewhere besides, are far too preoccupied that any exchange should be planned and scripted to avoid any sense of surprise. That is no way to behave. Our very creation was an entirely random occurrence so why live in a state of denial? The combination of unpredictability and curiosity should never be underestimated.

Meanderings in Mexico City and Marrakech

The Defects of Being Strong

Do Cornell alumni have an edge in global networking?

Do Cornell alumni have an edge in global networking?