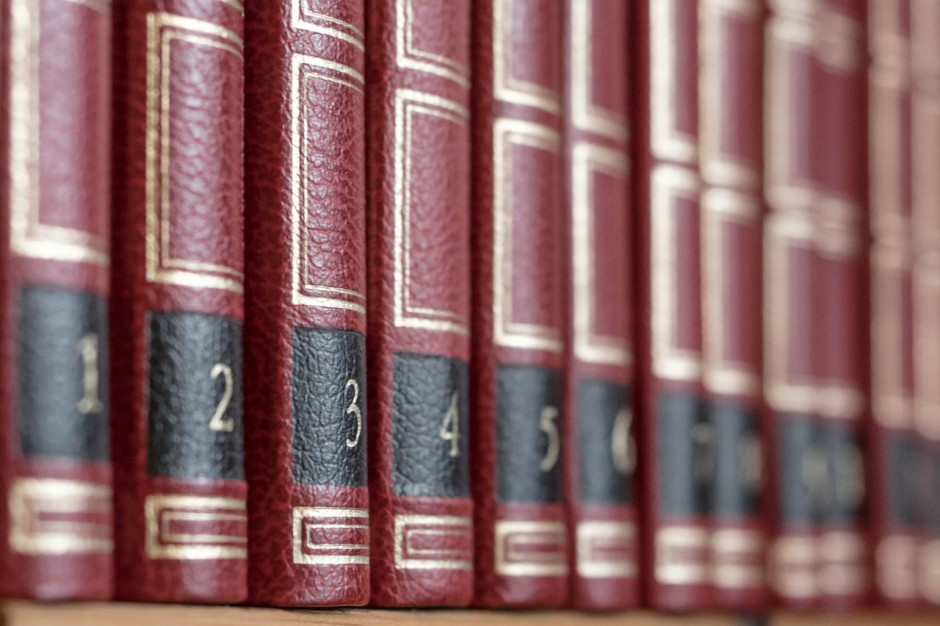 It occurred to me, while composing my previous missive, that undertaking to record every book in my collection was a mite ambitious. Having conducted a swift scan of the shelves in my study, I can safely conclude that I must be one sandwich short of a picnic. I counted here alone over 1,000 books – 1,047 if you insist – and would venture to suggest that the house must contain north of 3,000 titles. Assuming, of course, that I don’t buy any more, it will only take me about three lifetimes to properly review what I have. Please forgive me, therefore, if I should appear to speed read the shelves periodically, alighting perhaps upon an old, but much-loved, friend or, indeed, upon a friend I never knew I liked.

None of the top shelf falls into this category, however. They are all relatively recent acquisitions that simply didn’t fit in the obvious places. Nonetheless, it would be fair to say that I have barely skimmed them. Two of them are still encased in the cellophane wrapping, while the first eleven demonstrate all the hallmarks of eternal reserves. Crisp sleeves, clean joints, silent words. Unfortunately, despite my best intentions, squad rotation is one innovation that hasn’t yet reached the far recesses of my study so permit me to linger a little longer over these volumes.

The first two I purchased at a book fair associated with Jewish Book Week. They concern American-Jewish communities in South Carolina and Brooklyn respectively. The former is a beautifully produced work, entitled A Portion of the People and offers a fascinating insight into the development of the Jewish diaspora in and around Charleston. This charming and historic city housed, in the first quarter of the nineteenth century, the most prosperous Jewish community in America, outstripping that of New York, financially, culturally and numerically. Its inhabitants included, for example, “the first Jew elected to public office in the western world, the first Jewish soldier to die in the American Revolution and the first dissidents to introduce Reform Judaism to the United States.” The book, the result of a seven year collaboration, is finely illustrated and a glimpse into both the life left behind and the life ahead of the immigrant Jewish population. This is a book I shall certainly return to, especially for its detailed focus on prominent families and their personal narratives.

This last point is relevant in more ways than one. I have been intermittently engaged for the past five years in genealogical research into my own family. This is a major endeavour utilising conventional means so I’m always intrigued to read actual or anecdotal evidence from secondary sources that may facilitate my enquiries. As five of my great grandmother’s siblings settled in America, I am continuously seeking supplemental clues and information, where possible, from the vast body of material out there that may better define their experience. So, here I am, two days after Christmas and many months after acquisition, spearing the cellophane and reviewing another gift to myself.

Despite its protective covering, I can instantly see the book is not in pristine condition with a small tear on the dust jacket and some bumping to the spine. Internally, however, Jews of Brooklyn proves a delight and is actually a 55 strong series of essays by cultural historians, museum curators, residents and others. The subject matter ranges from Nice Jewish Girls: Growing Up in Brownsville, 1930s – 1950s to Brooklyn Jewish Radio, 1925 – 1946 to Cruising Eastern Parkway in Search of Yiddishkayt. As will be revealed in due course, I am a big fan of the essay as a literary form and this book is every bit as enticing as the previous one.

The next mini stack comprises a slightly mixed bag. There are three books here, namely The French Painters of the Seventeenth Century, Creative Advertising and Sign Language – Street Signs as Folk Art. I have flirted with the first two but the latter is genuinely virgin territory that I shall bookishly deflower once the cellophane is peeled away. The survey on French painting is by the distinguished art scholar and historian, Christopher Wright. I also possess a sister publication by the same author of Dutch painting in the seventeenth century which, ironically, I’ve been reading over the weekend, having just borrowed it from my father. This lies on an altogether different shelf with a copy of Taschen’s 1,000 Favourite Websites, a recent addition still bathed in plastic. I’ll get to it fairly sharpish, don’t you worry. Taschen is a byword for lavishly illustrated, quirky titles that embrace everything from design to erotica and plenty in between. It sets a standard few other publishers match. Check it out and you will see why I have such a passion for Taschen.

Moving swiftly on, as we must, attention can now turn to a subject I have always appreciated. I recall being invited some twenty years ago by a girlfriend to a private screening of the international awards for the advertising industry. It was a revelation. Not only was the quality very high but I was astonished by the number of outstanding adverts from unexpected sources such as Sweden and Brazil. I think there is an element here of a complete underdog emerging from nowhere. I had a similar feeling watching Abebe Bekila and his Kenyan compatriots suddenly and thrillingly taking the middle distance athletics events by storm in the 1972 Olympics. Or the Fijian rugby team of similar vintage whose power, élan and sheer exotica made them another surprise package.

The respective Swedish and Brazilian ad directors may only have been household names in their own households before the screening but the collective purring told me they were most definitely on the map after it. I realised that perceived backwaters of human endeavour had the capability to not only upset the apple cart but overturn it too. More importantly, I witnessed for the first time cultural differences expressed in native tongues and understood, albeit haltingly, the breadth of the global market. Creative Advertising principally addresses art directors and copywriters but, in its coverage of ideas and techniques from the world’s best campaigns, it also has great appeal to the voyeur in me and perhaps in you too.

Sign Language is a groovy little number that I suspect, however, will feature on few shelves beyond my own. The author has had a lifelong love affair with handmade street signs, improvised billboards and the like. The book is a sort of paean to the wonders of typographica in all its shapes and forms. I too enjoy a pang of nostalgia at the sight of Cromwell Road W, for example, or the very early blue signs speckled around London. For me, they particularly embody the life of the city with their distinctive lettering and distinctive experience. Sign Language is a lovely, diverting book though probably not for everyone.

Next up is Havana in my Heart, a retrospective of 75 years of Cuban photography. I’ve just spent ten minutes flicking through it and I’m slightly embarrassed that I have ignored its evocative and powerful images for so long. Lo and behold, another Taschen title presents itself, namely Country Houses of England. I must admit, having now dipped inside, that this is not a typical purchase but I was drawn, spare me a thought, by its padded covers. It has been written simultaneously in French and German but the entire production has been executed with the customary Taschen flair. I was rather intrigued by the French version of the title: this was translated as Les Maisons Romantiques d’Angleterre but then the French often seem to have a way with words.

The final book of this batch is a heavyweight. This is Harvard’s Museums, an impressive tome reflecting the three outstanding collections under the aegis of the university. It’s probably worth mentioning them all as I’d heard of only one myself and had no idea of the regard in which they are held by the cognoscenti. They are the Fogg Art Museum, Busch – Reisinger Museum and the Arthur M. Sackler Museum and, inter alia, they display an exceptional array of Old Master and modern paintings, drawings and prints, photography, classical sculptures, Indian miniatures and so forth. This is a big and serious book, not recommended for reading on the tube or discreetly over lunch.

The artistic theme is substantially maintained in the remaining five books on this shelf. The first concerns a subject with which I am very familiar. It is entitled To Have and to Hold – An Intimate History of Collectors and Collecting and compelled one reviewer to gush that it was “never less than fascinating, frequently brilliant. I believe it will captivate thousands of readers as much as it dazzled and delighted me.” Say no more. I also own a copy of Art Since 1945, a relatively early Thames and Hudson edition, undated but probably published around 1959. This is a thorough analysis of modern art and comes with 60 colour and 120 gravure plates. The dust jacket may have seen better days but, make no mistake, this is a classy contribution to contemporary art criticism. I cannot recall where I bought it but it is, nonetheless, an excellent resource and one to which I shall return.

I’m now turning into the home straight whereupon I have spied yet another book still sheathed in cellophane. This is Cabinets of Curiosities, also from the Thames and Hudson stable, and a book with which to secrete one self away. This exceptionally stimulating and enlightening study traces the rise in Baroque Europe of “rooms of wonders”. The desire to create a complete and private universe of knowledge reached its apex in this era and was pursued by antiquaries and princes, merchants and statesmen. Collections might typically include beautiful minerals and corals, scientific instruments, monstrously deformed births, automata, preserved and pickled animals, wax effigies, seashells, exquisite ivory carvings and so forth. This is a fabulous read that, if you’re at a bit of a loose end book wise, I cannot recommend highly enough.

The penultimate title had a hard act to follow and failed pretty miserably, I’m afraid. Treasures of the National Trust sits firmly in the worthy but dull department. Arguably, the most interesting aspect is the editor, one Robin Fedden, whose uncommon surname caused me to wonder whether he was related to the Modern British painter, Mary Fedden. Sorry about that – just the workings of an untidy mind. Normal service is resumed with the final offering, “Morocco – Decoration, Interiors, Design”, a Conran imprint and distant cousin to Taschen. I’ve never been to Morocco but I hear good things and this polished effort takes me a little closer. By the way, I loved the cover design, luscious blue damask highlighting a mysterious red symbol. Probably Moroccan.

Opinion, Value and Taste in Art