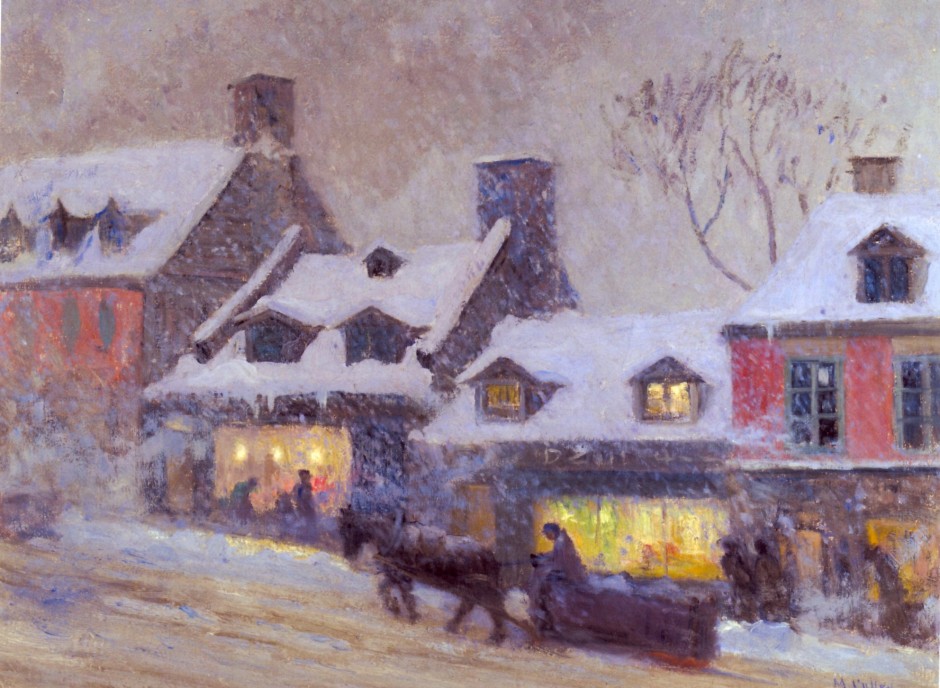 The Canadians are generally considered a modest bunch compared to their brash neighbours over the border. So it is then that, while American art is regaled every which way by the cognoscenti, Canadian art has not traditionally received the same profile or attention. However, Heffel Fine Art Auction House, based in Vancouver, Toronto, Ottawa and Montreal, has really started to put it on the map. The November sale at their Toronto rooms saw historic prices knocked down like skittles as one record fell after another, confirming Heffel as the major player in this sector of the market.

No fewer than 18 record prices were achieved with the outstanding work, The Bird Shop, St Lawrence Street by Quebec master Maurice Galbraith Cullen, selling for a hammer price of $1,300,000, over four times the top estimate. This was a record for the artist and a trend that was repeated throughout the sale which witnessed new peaks for, among others, JEH MacDonald, Tom Thomson, Franklin Carmichael, Paul – Emile Borduas and Kathleen Morris. The latter is one of a clutch of Canadian female artists to have gained prominence in recent years and sits comfortably alongside painters of the calibre of Emily Carr and Helen McNicoll, both of whom sold pictures for the princely sum of $299,000 including premium.

The Heffel family clearly do their homework. Although they typically only hold two physical auctions per annum, they continue to attract consignments of quality and back them up with slick marketing campaigns to promote their activities. I can’t honestly say that many entries in the November sale made my heart sing, and I would certainly liked to have seen a few more examples of Canadian portraiture, but this is an underappreciated and overlooked segment of the market and one that Heffel handle very well. Bidders emerged across Canada, in addition to the US, UK, Norway and Asia, so clearly my personal take on this genre is more than countered by savvy and cultured buyers elsewhere.

The Lessons of History