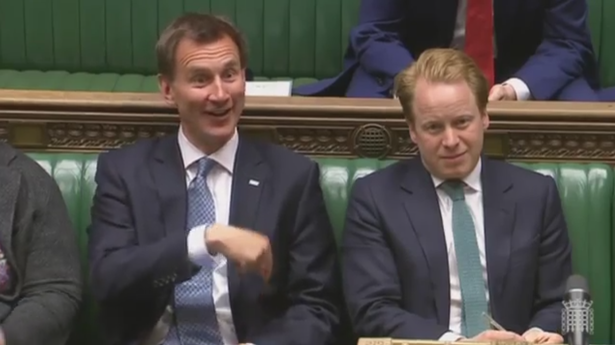 Standards are slipping everywhere. The Health Secretary, Jeremy Hunt, was recently called out by the Speaker for using his mobile phone during a debate on nurses bursaries. Perhaps he was enraptured by the local election results. Perhaps he was making a doctor’s appointment. Perhaps he was playing Candy Crush. At least he was thoughtful enough to turn down the volume but the smart idea, if you insist on using your mobile device in the chamber, is to sit on the back benches where you are at least hidden from view.

The Speaker is known to be fastidious about upholding matters of procedure in the House of Commons. However, he does not limit himself to affairs of state. Two years ago, I was returning by train from Liverpool. I had watched Arsenal lose 3 – 0 at Everton, a game in which we were comprehensively outplayed, and just sought the relative comfort of a seat as I mused over the defensive frailties of my team. My friends took a pair of seats across the aisle and I took the only available space opposite. I asked the fellow facing if I might join him and he invited me to sit down.

I momentarily closed my eyes in the sanctuary of the seat. When I opened them, I realised my suited and booted travelling companion was none other than the Speaker, John Bercow. I remarked that he looked a touch overdressed for a game of football but he explained that he had been the guest of his parliamentary colleague, Andy Burnham, a passionate Everton supporter, in the director’s box. There was no explicit dress code but, as a courtesy to his hosts, he erred on the side of caution. Jeremy Hunt, by contrast, displayed no courtesy at all.

Our conversation was engaging and stimulating and my friends across the aisle contributed to it too. We particularly wrestled with the conflagration that is the Middle East and how the inebriated chanting at the other end of our carriage revealed so much about our society. I suggested we continue the conversation over lunch but, inexplicably, he appears to have had one or two greater priorities keeping his house in order! Our trip home was a slice of OFFLINE, a celebration of argument, thought and laughter, and maintained a very fine standard throughout.

1.     Try to ensure you look vaguely presentable. You never know who you might bump into.

2.     No need to stand on ceremony with people in the public eye. They walk, talk and go to the toilet just like everyone else

3.     The key to great conversation is to be interested in other people and what they have to say

4.     Make eye contact with your counterpart. Do you find my shoes especially fascinating? No? Then why are you constantly looking at them?

5.     A little flattery can go a surprisingly long way. If you make people feel good about themselves, they tend to reciprocate in kind.

What’s on your bedside table?