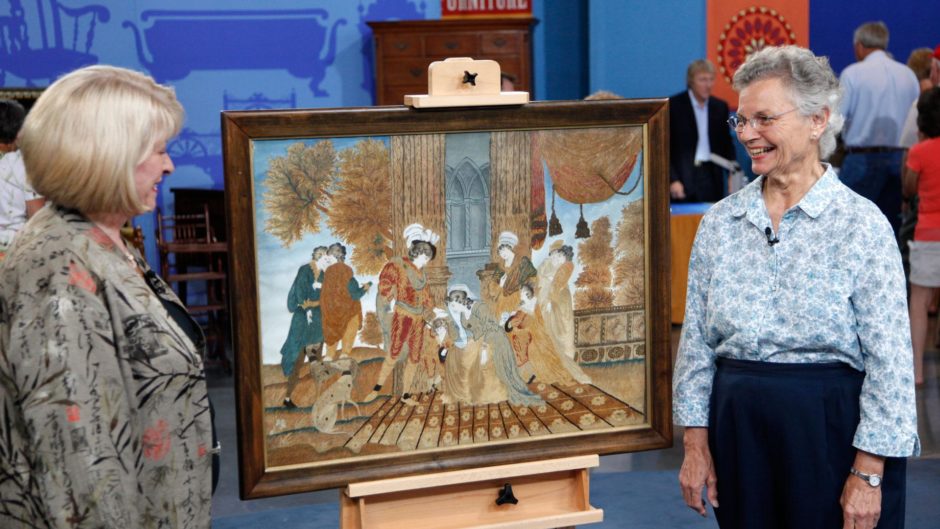 Part 4 of the TV Roadshow series

If you want to get a real insight into the watchability – or otherwise – of the TV antique show genre, look no further than http://www.jumptheshark.com. This site dissects in often gruesome detail the reasons viewers switch off various television programmes and, as a platform for savage wit and character assassination, it’s hard to beat. BBCA may, indeed, offer entertainment value on its boards but it pales into insignificance opposite the shark.

Our American friends are renowned for their ability to tell it like it is, or isn’t, and this vox pop represents a fascinating demographic into the nature of collecting today. Some comments are very flattering and an ample body of viewers are much appreciative towards the PBS version of The Antiques Roadshow for both its human dimension and concentration on American heritage. Nonetheless, they encompass something of a minority and one is left with the impression that this programme is treated as fodder by TV executives looking for a way to fill endless schedules. The fact remains that this is reality TV at its most vicious and its deficiencies have often been grievously exposed, as the following examples indicate

“I occasionally turn this on when I need a good nap. The appraisers are all a bunch of gushing, effeminate snobs…”

“You can only listen to the same stupid line so many times. If people knew what their items were worth, why on earth would they stand for seven hours non-stop to show their stuff to an appraiser?”

“Well, in original condition, it’s worth $350,000 but since you stripped its patina with Lemon Pledge…”

“My favourite episode was when some stuck up Lake Shore liberal bitch comes with a porcelain box she claimed belonged to Napoleon and Josephine and was worth at least $50,000. The appraiser proved it dated back to 1900 and was worth about $500.”

“I will admit I LOVED the guy who bought an ‘authentic’ Indian quiver and arrow collection for $250 thinking it was over 100 years old and worth a lot more. Only later did he find out that it was manufactured about five years ago and was worth about $40. It’s made all the more sweet by the fact the moron shelled out an ADDITIONAL $250 to case that piece of crap.”

“This show is nothing but a bunch of white trash parasites trying to make a quick buck without working for it. The procession of slack jawed, runny eyed, dimwitted inbreds who bring in their collected garbage from the trailer park makes the town of Mayberry look like a think tank. These people are worse than baseball card collector scumbags or the bottom feeding cretins who make their living off eBay.”

“This new presenter with the orange pancake makeup, eye shadow and diseased comb over seems like a Rocky Horror reject. He’s not just bad. He’s unsettling and induces nausea. Sadly, I can no longer enjoy this programme.”

“This show is utterly unwatchable. The values that they quote for very common junk are beyond comprehension. Need a true value for something? Research it on eBay – those are worldwide actual selling prices!