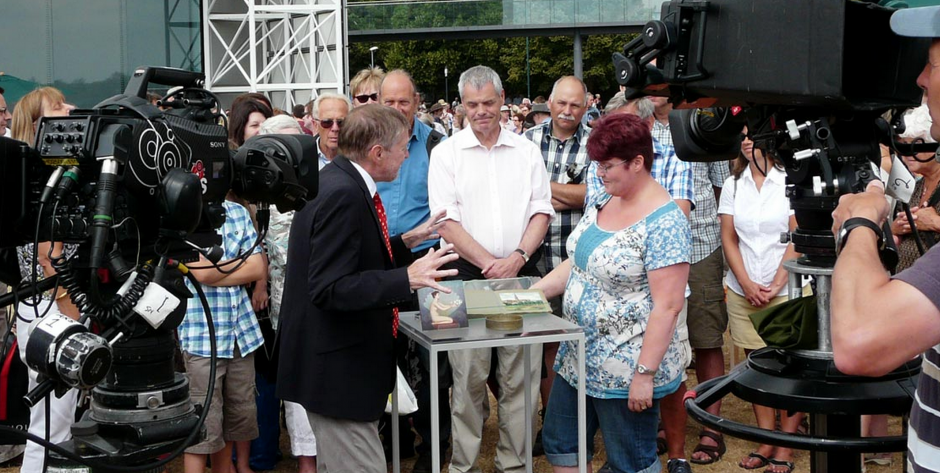 Part 5 of the TV Roadshow series

So there we have it. The previous articles provided a brief snapshot of The Antiques Roadshow, US style, through the lens of the viewing public. One may not consider them the most discerning bunch but they speak from the heart and they represent a reasonable cross section of this audience. Nevertheless, there are a few sharp and pithy observations camouflaged within this site that deserve more than just an acknowledgement in passing.

“I have not watched a moment of this show since that woman came on with her hideous folk art jug that she got at a garage sale for $25 and it was worth over $50,000! The only bigger idiot than someone who would pay $25 for that ugly piece of yuck is someone who would actually shell out FIFTY THOUSAND DOLLARS for it! This show makes me realise just how money orientated our country has become. When some “wealthy” collector out there will pay $50,000 for a jug or $800,000 for a side table… I just have to think of the things that money could have done for a sick or needy person. The Antiques Roadshow, though interesting at first, merely reinforces our society’s obsession with stuff”.

“The Antiques Roadshow is a wonderful insight into the differences between two cultures. The antiques business in the UK is fuddy duddy, full of eccentric characters and gullible but polite people who just nod pleasantly, saying yes a lot when told their piece is a load of junk etc. The US show is dominated by really annoying presenters, most of whom are flagrantly homosexual, and just plain dull. Also, in the US show there is much more emphasis on price than in the British version where the history of the piece is more important.”

“A cross between a museum and The Price is Right.”

There is a sense that the US market is much more financially orientated so far as art, antiques and collectables are concerned. The major driver in the various message boards is for an affirmation of the monetary value of an item. This doesn’t mean that its intrinsic value, nor its history, are irrelevant but the attention span of the typical consumer in the US is very short. Although there are many educated and informed viewers on US television, it is almost impossible to contemplate a programme with the intellectual rigour of Going for a Song appearing on a mainstream channel. Interestingly, there has been an attempt to resurrect the aforementioned show with the formidable Anne Robinson in the chair though this just seems a ruse to replicate a successful formula without establishing whether there is any latent demand. These television executives really do have to work a bit harder. I reckon you and I could do a better job half the time.

Andrew Lloyd Webber and the Pre-Raphaelites

The Art of Collaboration – From Rubens to Liverpool Cathedral